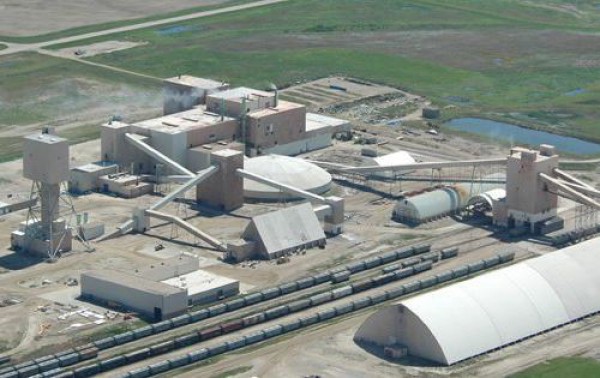 Agrium Inc. and Potash Corp of Saskatchewan Inc. confirmed Tuesday they are in preliminary merger talks.

PotashCorp is the world’s largest potash producer with five mines in Saskatchewan, as well as nitrogen and phosphate operations.

Both issued statements saying no agreement had been reached.

Saskatchewan premier Brad Wall said both companies are important corporate citizens in the province, employing thousands of people directly and indirectly as well as supporting the provincial treasury through the potash royalty system.

He told reporters the CEOs of both companies had called to tell him the province’s interests are at the forefront of discussions.

“Those interests of course are jobs, the taxes paid, the economic impact of these companies to Saskatchewan,” Wall said.

He noted Agrium is headquartered in Calgary but does most of its research and development in Saskatchewan. PotashCorp headquarters are in Saskatoon.

Wall said a potential merger might be an opportunity for a larger corporate presence in Saskatchewan.

In 2010, a federal review was triggered when BHP Billiton attempted a hostile takeover of PotashCorp. Wall and the Saskatchewan Party government were staunchly opposed to that deal.

But he noted this proposal is a merger of two Canadian companies, not a foreign takeover, and a review process wouldn’t be automatic.

“While we don’t have official standing we have an obligation to Saskatchewan people to protect interests and to further them,” Wall said.

“Our government would want to even begin working proactively on some ideas that would make Saskatchewan an attractive place for even more jobs from a new entity.”

Share for both PotashCorp and Agrium were up after the news broke. Agrium shares were up more than six percent, while PotashCorp shares jumped more than 11 percent.

CROPS IN GOOD TO EXCELLENT CONDITION ACROSS SASKATCHEWAN

KEEP WARM AND COZY WITH CANOLA