CROPS IN GOOD TO EXCELLENT CONDITION ACROSS SASKATCHEWAN 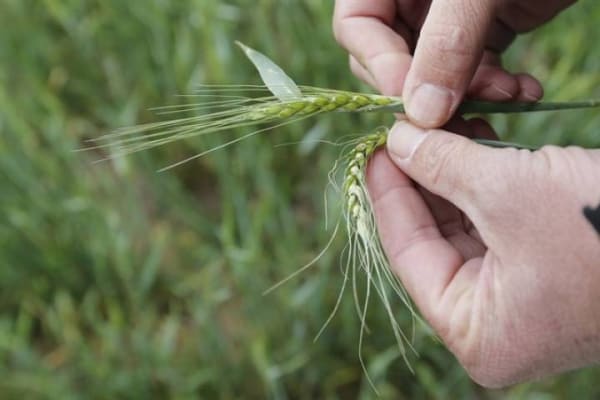 Favourable growing conditions are having a positive effect on crops across Saskatchewan, which are reported to be in good to excellent condition and at normal stage of development for this time of year.

The report also states that approximately 25 per cent of pulses, oilseeds and spring cereals are ahead of normal development for this time of year.

Very little crop damage was reported in the past week, with disease and flooding causing the majority of the damage.

Hail was reported in some areas, however the report states that damage appears minimal at this time.

Farmers are turning to haying as weed control operations wrap up.

Seven per cent of the hay crop is now cut and two per cent is baled, according to the report.

Hay quality is rated as 19 per cent excellent and 66 per cent good, with quality lowest in the Meadow Lake area, which is rated 45 per cent fair due to dry conditions for most of the spring.

Most areas of the province reported rain in the last week, with many receiving more than 30 millimetres.