KEEP WARM AND COZY WITH CANOLA 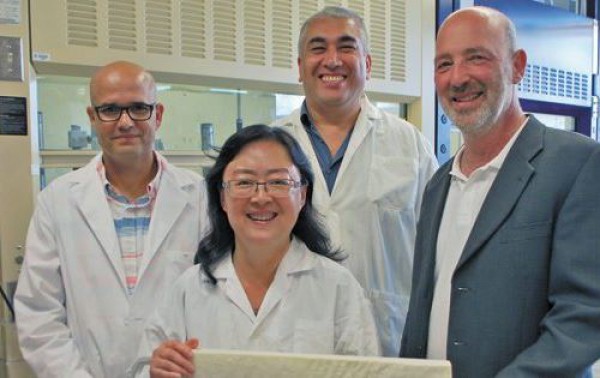 Alberta Researchers work out how to use canola in insulation, creating a potential new industry.

It might not be long before Alberta farmers can walk into a building insulated with their canola.

Researchers at the University of Alberta have created a canola-based polyol that is being used in the production of a spray-foam insulation called BioFoam.

Polyols are one of the two major components used to create polyurethane, which is used to make a wide variety of oleochemical products such as coatings and foams.

Jonathan Curtis, head of the Lipid Chemistry Group at the U of A, said soy and palm oil have long been used to make oleochemical products. Oleochemicals are those derived from plant or animal oils.

“What we’d really like to see is some of that oleochemical industry coming to Canada and being directed towards canola oil,” he said. “There really isn’t a big industry associated with (canola), so we’d like to change that.”

BioFoam is the first step down that road.

Canola oil from Alberta is being shipped to Meadow Polymers, a company in Delta, B.C., that has a demonstration scale polyol plant that it plans to expand.

The polyols from that plant will be used to create BioFoam, which can be used in a variety of applications. BioFoam is the working name of a numbered Alberta company that will produce the spray foam.

Mod-Panel, an Edmonton based sister company to BioFoam, in-tends to use the product to create rigid foam panels used for roof and wall insulation. It is already making panels using petrochemicals.

Curtis said this could be the start of a large new source of demand for Canada’s Cinderella crop.

“If 10 percent of (Canada’s canola crop) became a high-value industrial feedstock, that could really add a lot of value to the whole industry.”

It would be an outlet for poor quality canola, such as green seed, and would be a stable, consistent, value-added market for the crop.

“I imagine that when this gets into production, the companies actually producing these chemicals will want to fix their price of canola, so that might be an advantage for farmers,” said Curtis.

McKinsey & Co. estimates there were $252 billion in sales of renewable bio-based chemicals in 2012, or nine percent of total global chemical sales.

Curtis said BioFoam has to go through a certification process before it can be used as a building product.

It has to meet industry codes on factors such as flammability, insulation value and its ability to act as a moisture barrier, which is why the company kept the renewable content to 25 percent.

“You can’t just go in there and replace all those chemicals in one go and expect to meet those codes,” he said.

The plan is to boost the canola oil content in future versions of the product once the business is up and running.

The hope is to achieve certification in the next year or two.

Funding is in place to design an Alberta processing plant that will create the canola polyols and other oleochemicals from prairie grown oilseed crops.

Curtis hopes the design work will be finished next year, and investors can then start raising the capital required to build the facility.

In the meantime, the U of A researchers are working on other polyol projects, such as creating a flexible rather than rigid foam that can be used in seat cushions.

As well, they are working with other oilseeds, such as camelina to create a product similar to castor oil and flax and hemp to create a bio-based resin.

“I very much hope the resin project will move forward in the near future because I think that has tremendous potential,” said Curtis.