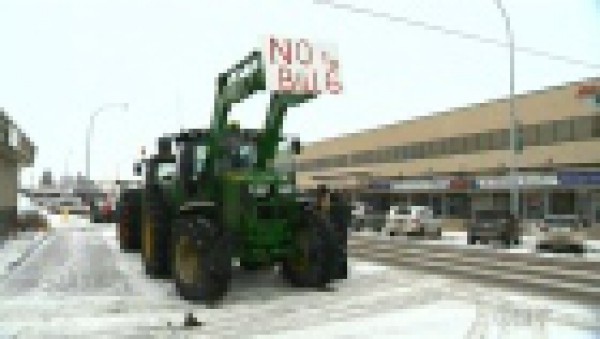 The provincial government announced amendments to the controversial Bill 6 Monday, after the legislation faced growing opposition from Alberta farmers and ranchers.

Jobs, Skills, Training and Labour Minister Lori Sigurdson said the amendments “confirm” the government’s plan to exclude farm and ranch owners, and their families, from Occupational Health and Safety and mandatory Workers’ Compensation Board coverage.

“We know that farming in Alberta is more than a business, it is a way of life,” Sigurdson said in a statement. “It has always been our intention to preserve that way of life.

“The amendments explicitly exclude owners of farming or ranching operations, and their family members, from the mandatory application of WCB and OHS rules.”

Sigurdson’s statement went on to say the province was also bringing amendments to “assure Albertans that neighbours can still volunteer to help each other out, without being subject to the new rules.”

The province continued to maintain the provisions excluding family members and people not receiving wages were originally intended to be set out in regulations related to Bill 6, but they were being added in the amendments due to public outcry.

Bill 6, the Enhanced Protection for Farm and Ranch Workers Act, was tabled Tuesday, November 17, and in the weeks following, opposition grew.

The province said the legislation would introduce protections for tens of thousands of farm and ranch workers in Alberta, while farmers and ranchers said it could destroy their livelihood.

The provincial government has since attempted to calm the storm surrounding Bill 6, with Premier Rachel Notley speaking out, trying to clarify the bill – and on Monday, Minister Sigurdson apologized for miscommunication in rolling out Bill 6.

“When the miscommunication did come out, it did take some time for us to get that clarity,” Sigurdson said.

While thousands of Albertans have gathered to protest Bill 6, union organizers are throwing their support behind the plan.

“It is really about removing the exemptions in law that have denied Alberta’s 50,000 agricultural workers the same kind of basic rights and freedoms in the workplace that other Albertans take for granted every day,” Alberta Federation of Labour President Gil McGowan said.

WHAT OTHER PROVINCES ARE DOING ABOUT FARM WORKER SAFETY